Kaz is a Director and head of the Singapore office for of McDonald Patafta Group. He leads our regional consultancy firm in Singapore and surrounding countries and oversees our regional pratice areas. Kaz is a Former Board Member of AustCham Lao, Honorary Legal Advisor to the British Embassy in Laos and and is a barrister and solicitor admitted in the Australian Capital Territory. Kaz advises in relation to energy and infrastructure projects, mergers and acquisitions, project finance, capital market transactions and corporate law. Kaz has spent many years in Laos and has been an adviser to the Government of Lao PDR and acted for a number of international and domestic clients across various industries.

His most recent experience includes acting for a Chinese State-Owned Enterprise on their joint venture with the Government of Lao PDR, advising the Ministry of Finance Lao PDR on a sovereign financing facility and advising the developer during the construction phase of a 650 MW hydropower project in Lao PDR.

Kaz previously worked in-house for a multinational independent power producer in Lao PDR, developing large scale hydropower and renewable projects, and was an associate with Webb Henderson in their Sydney office.

Prior to his career in corporate advisory and law, Kaz was a professional footballer for Benfica (Portugal), Melbourne Victory and Newcastle Jets in the A-League. Kaz was represented and signed to the world renowned agent, Jorge Mendes and his agency Gestifute whom currently represent Cristiano Ronaldo and Jose Mourinho. Kaz also represented the Australian National Team and was apart of the training squad for the 2006 FIFA World Cup in Germany.

Kaz was also General Manager of a leading South-East Asian football club, Lanexang United, leading the club to domestic success in Lao PDR and runners up in the Regional Toyota Mekong Cup.

Kaz is an ISO 9001:2015 Certified Internal Auditor. He holds a Graduate Diploma in Legal Practice from the Australian National University and a Bachelor of Laws (LL.B.) (Honours) from Deakin University. 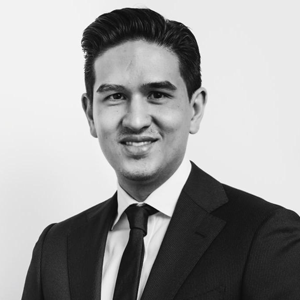