Ric Horn is a professional geologist with 54 years’ experience in mineral exploration, resource and ore estimation, mine geology, open-cut and underground mining operations, environmental assessments and feasibility studies, in Australia and overseas. Ric is a Fellow of the AusIMM, an AusIMM Chartered Professional and a member of the Geological Society of Australia.

Ric commenced his employment in 1966 as an exploration geologist with North Broken Hill Limited working in the Lachlan Fold belt of N S W. He spent some time with Planet Metals Limited evaluating a porphyry copper project in North Queensland.

Ric was employed in the King Island Scheelite Mine in Tasmania where he was responsible for grade control and pit geology and with diamond drilling for the calculation of ore reserves as well as exploration outside the mine. During his time at King Island the new Bold Head deposit was discovered and became a new mine.

Between 1971 and 1976 he was Chief Mine Geologist at the Emperor Gold Mine in Fiji where he supervised a Department of 25 expatriate and local junior geologists and samplers. Ric had the responsibility for the annual calculation of ore reserves and worked closely with the mining engineering department in design of both underground and open cut mining operations.

From 1976 to 1978 he worked as an Environmental Officer in the S.A. Department for the Environment and Planning, assessing the environmental impact of mining and energy applications and operations. Between 1978 and 1996 Ric was a Senior Resources Geologist and later became the Director of Mineral Resources with the South Australian Department of Mines and Energy.

In 1996 Ric joined Pima Mining NL as Managing Director and Initiated the SAMAG project which involved a major resource definition drilling program at a number of magnesite deposits in the Northern flinders Ranges The project was taken to a Bank Feasibility and included environmental and engineering studies of the proposed mine at Mount Hutton and plant site at Port Pirie as well as involvement with a proposed co-located gas fire power station.

From 2005 – 2007 Ric was the founding Chairman of Southern Gold Limited and spent time working on copper and gold projects in Cambodia. Ric was involved with the formation and IPO of a subsidiary, Southern Uranium, now Investigator Resources.

He is now a Director of his own consultant group, Hornet Resource Assessment Services Pty Ltd.  He currently consults to Calix Limited on their mining operations at the Myrtle Springs magnesite mine. Ric is the lead author of the paper “Sedimentary magnesite deposits, Flinders Ranges” published in the AusIMM Monograph Number 32 Australian Ore Deposits. 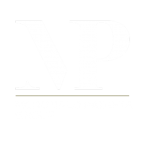